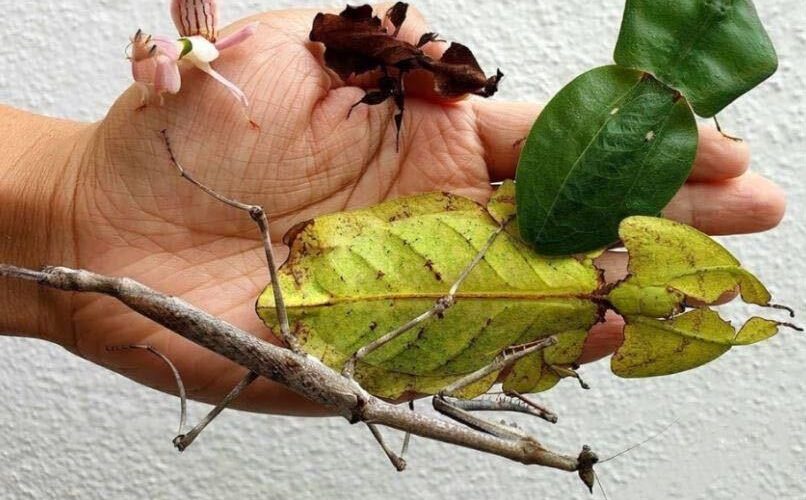 Forget about measuring how many legs they have or how they’re shaped, podcast cohost and insect fan Jay Ingram has a better idea: let’s sort them based on how scary and creepy they are!

I’m creating a new method of classifying insects. Yes I know, Carl von Linnaeus labelled them as class Insecta in the 1700s, and they’ve been largely undisturbed ever since. But I think simply counting body segments or verifying jointed legs and then digging deeper to count wings and look for an armed or unarmed tail does not optimally define these animals.

Remember, folks, we are living in the Anthropocene, the era in earth’s history dominated by us, Homo sapiens! So surely insects should be classified in a way that makes sense to us. What might that be?

We could group them by how dangerous they are to us, or usefulness, or beauty (in the eye of the beholder of course), but why not select a criterion that most people are familiar with, is never taxonomically acknowledged, and just makes more sense? After much research and soul-searching, I have concluded the criterion: how much does a given insect scare the shit out of us?

Anthony Bridgerton might have his own ideas about bees, his father Edmund having been stung to death. However, while personal vendettas might be one route to classifying insects, a better way would be to standardize the method.

So here’s what I’ve come up with: imagine an inverted shoebox on the floor in front of you. Imagine that under that shoebox there’s an insect that will likely react quickly – and unpredictably – if you lift the box up. The next step is to choose an insect candidate and imagine snatching the box away to free the six-legged creature. What will it do? Fly? Skitter away? Buzz angrily? Most important, what will you feel?

These of course are only the broad outlines. Ideally the experiment should be run in a lab, with real insects (chosen from a catalogue of insects that surveys have shown elicit the strongest emotional reactions), a bespoke shoebox and EEG electrodes (for the human) to record actual brain activity rather than simply subjective impressions.

I’m confident that even the first few repetitions of the experiment with a broad and diverse group of humans will provide enlightening results, but I envision some elaborations on this original design to ensure completeness and replicability. Having the volunteer human reach under the “shoebox” before lifting it could provide some more extravagant reactions. For instance, “There’s a cockroach under there – would you now please put your hand inside the box?’

Of course volunteers will be screened to ensure that they have no insect allergies, or any other medical contraindications. For their time, participants will be offered a choice of a small sum of money or a gift pack of assorted insect repellants, all chosen for their minimal environmental impact.

I acknowledge this is going to overturn the current method of classification: dung beetles may no longer be closely associated with, say, ladybugs. And further, why not include spiders and centipedes, which at the moment are separated from insects? Sure they’re biochemically, physiologically and evolutionarily wildly different, but not to us. And after all, isn’t that the point?